The Spring House Hotel is considered one of Block Island’s most elegant historic landmarks. With its wraparound veranda, mansard roof, distinctive cupola, and breathtaking view of the Atlantic Ocean and Block Island’s foothills, it is no wonder why the hotel is included among New England’s most desirable destinations.

Throughout its colorful 170-year history, the island’s oldest hotel and resort has hosted notable guests, such as Ulysses S. Grant, Mark Twain, and Billy Joel. The Spring House Hotel has even provided the formal setting for a Kennedy wedding in its recent past. 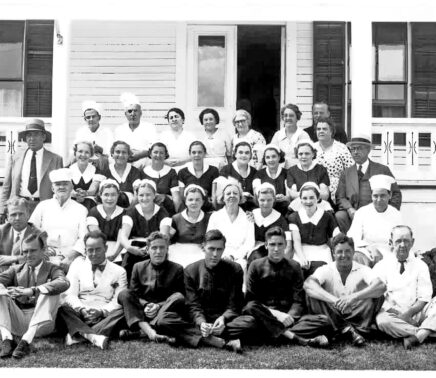